Great Burgers - Our massive juicy burgers are a MUST TRY!

View our menu
Great Burgers - Our massive juicy burgers are a MUST TRY!

Craft Cocktails - We have a killer craft cocktail menu. Come by and try something new!

View our menu
Craft Cocktails - We have a killer craft cocktail menu. Come by and try something new!

Craft Beer - We have an awesome craft beer selection! Come by and see what's on tap today!

View our menu
Craft Beer - We have an awesome craft beer selection! Come by and see what's on tap today!

Brew Our Own Beer - Our brewmasters make incredible and unique beers every day. Come see what's on tap!

View our drinks
Brew Our Own Beer - Our brewmasters make incredible and unique beers every day. Come see what's on tap!

Brunch - Join us this weekend for our popular brunch!

View our menu
Brunch - Join us this weekend for our popular brunch!

Gentle Ben’s Brewery has been on the block since 1971 and started brewing award-winning beers in 1991. The original house was located under what is now the lobby of the Marriot hotel. Built in 1908 as a private residence to the Hamilton Family, over the years it has served as the University President’s house, a boarding house, and as home to several different fraternities.

The name Gentle Ben’s was chosen through a contest. The winner was a university professor that thought the manager looked like Dan Haggerty from the television show “Grizzly Adams”. The co-star was a bear named Gentle Ben. That show was based on a man who roamed parts of Northern California in the 1920’s and 30’s. He had two bears, Benjamin Franklin and Martha Washington. Martha was the mean bear, by people standards, and had to be kept chained to a stake. The other bear was gentle and was allowed to roam free, thus the name Gentle Ben.

Brewing began in 1991 when Dennis Arnold bought the business and installed what was, at the time, the only brewery in Tucson. We started with three beers: Tucson Blonde, Red Cat Amber and Copperhead Pale Ale, all still brewed today and joined by 8 plus other styles of beer. In 1994 the Marshall Foundation who owns most of the real estate in the neighborhood including the old Ben’s informed us of plans to raise the block and build the Marriot Hotel. They offered us a chance to rebuild at our present site, which at the time was the U of A center for Architectural Landscaping. We were allowed much input on the design of the building and decided to save the foundation and triple red brick walls of the original one story building. The structure was originally built as a bank in 1970. Much of the wood and brick salvaged from the original Ben’s and the bank were used in the new construction.

We moved the brewery in 2005 to our sister site, Barrio Brewing, so that we could expand our capacity to make Tucson’s best beers. We are now able to offer a dozen beers on tap and the old brew house space is now our prep kitchen.

In 2017 a new chapter started for Gentle Bens when Richard Fifer, Russ Moore and Jennifer Treusch purchased Gentle Ben’s from the Arnolds. Richard started off as a busser for the Arnolds in 2009 and worked his way to being the general manager and now owner. Gentles Ben’s continues to be a family run business and carries on its traditions.

The history of Gentle Ben’s Brewery would not be complete without a nod to the thousands of people who have worked under the bear and the millions of patrons that have made our future possible.

Read more about us

We launched our Brewing Company in 1991, along with three ales that would later become house staples. Our first brews were the Red Cat Amber, the Copperhead Pale Ale, and as a tribute, the Tucson Blonde. 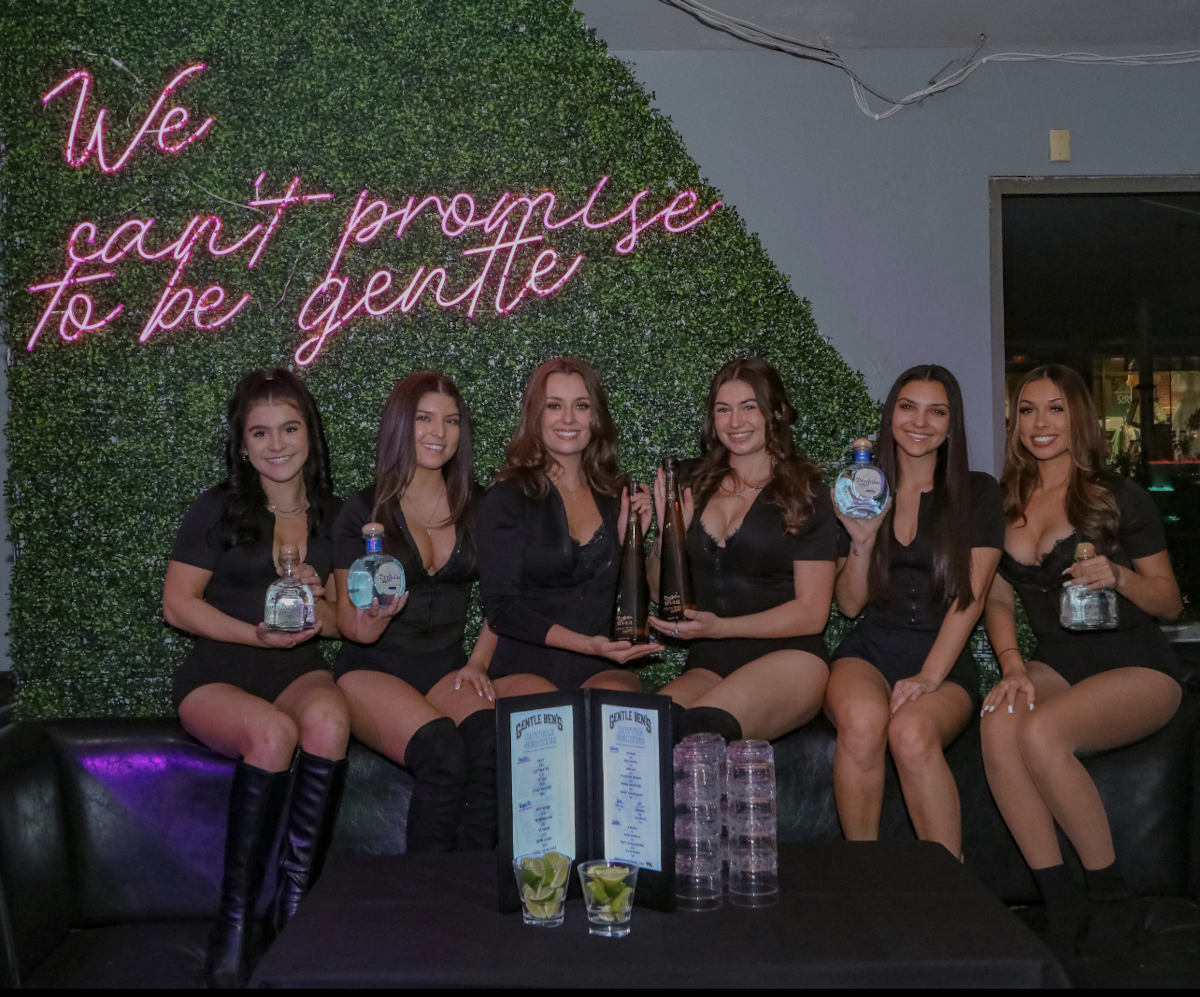 Nice spot right by the university. Good beer selection and great tacos. I had a carne asada and a fried avocado, both were excellent! Nice open patio, good distancing, and staff taking health risks seriously.

Delicious! We were in Tucson checking out the local university and this place came highly rated on Yelp. We were not disappointed. I had the Pulled Pork Sandwich (in picture), which was awesome! It came with the cooling coleslaw on the sweet hot meat on a Kaiser Brioche Bun...

Amazing food and great service every time!! My family and friends have been going here for years, we love the vibe and ambiance, and most of all the food! Delicious variety, especially the Tacos and the buffalo chicken sandwich, with a great selection of beers...

We were there at 8 a.m. for brunch. The first dine in customers since March! The new breakfast menu is great. Service was terrific. They are doing everything right! So happy to be back out again and they were so happy to have us! Will definitely be back!

Hours:
Kitchen Open till 11PM Sunday-Monday & till Midnight Tuesday-Saturday
Bar is Open till 12AM Midnight Sunday through Monday and till 2AM Tuesday through Saturday
Brunch On Saturdays and Sundays at 9AM through 12 Noon
Open at 9 am for World Cup Games 2022
11/19 Brunch Ends at 10:30 am
Info: We will be closed for Thanksgiving